The group of people were deterred by Fang Li opening fire, let alone the normal people in the crowd, even the Yomokawa Family’s samurai had a scare.

In her impression, Fang Li is quite friendly, easy to get along with and speak to. Therefore, she simply had not thought that Fang Li would raise a gun towards one group of powerless people.

But, not waiting for Yomokawa Ayame to say anything to the crowd, a middle-aged person wearing some magnificent and expensive clothing then said.

“You... Who are you? What qualifications do you have to keep us off?”

“Oh?” Fang Li changed his vision immediately, sizing up the middle-aged person, asking: “Who are you?”

“I am the Yomokawa Family’s head trusted advisor, a government official of Aragane Station!” The middle-aged person raised his voice. “Even samurais must be respectful to me, let alone you......”

“So that’s how it is, an Aragane Station high-level official?” Fang Li acted as if nothing happened, showing his unfazed natural smiling face to the government official, continuing: “But... what does that have to do with me?”

“You...?!” That government official was immediately shocked.

Obviously, this government official had not thought that in after he reported his status, this person who wasn’t even a Samurai would point his gun towards him.

Disregarding the shock of that government official, Fang Li looked straight ahead, saying directly: “I don’t care if you’re any high-level official aristocrat, right now is a time of life and death, over here there are only human lives with no division in status, if you want to depend on your status at this time and enjoy the privilege, then, I can make you quickly enjoy it.”

While saying, Fang Li moved the gun in his hand directly onto the forehead of that official.

“Enjoy a free trip to death that is.”

Hearing this, the government official looks at Fang Li’s harmless smiling face, feeling the gun barrel pasted on his forehead, his forehead was quickly dripping with cold sweat.

To be honest, to make Fang Li handle such a thing was similarly pressuring him. To use a gun to threaten a person, let alone a normal student, even the average person hadn’t experienced this?

However, Fang Li must do this. After all, everyone here is equivalent to Fang Li’s additional reward, but the Kabane army may come at any time, slaughtering everyone. In order to avoid people wasting time and causing chaos, finally holding back the total number of survivors, Fang Li must become a villain.

With a gun pointing at the person taking the lead, these people should be able to behave slightly better.

But, the next second, something even Fang Li hadn’t thought of happened.

“Good!” With such a resounding shout, a person separated from the crowd, going forward staring tightly at Fang Li.

“He knows what to do, hurry and lower your gun, the gun in your hand is pointing to the enemy!”

Saying that was a youth. A very strange youth. Why strange? Two reasons.

One: The youth was wearing a red cloak, his skin showing a type of lustre, under the cloak, he had as if not worn any other clothing, one could actually vaguely see some metal protruding, this strange image suddenly became the focus of attention for all people.

Two: In the hand of the opposite party he was holding a strange weapon.

This was some sort of rivet machine or pile driver, yet the shape seemed like a submachine gun.

A strange youth holding a strange weapon, in addition coming out in this situation, naturally attracted the attention of the crowd, causing everyone to look.

However, seeing this youth, a few people were astonished, calling.

“Ikoma?!” This youth calling the youth Ikoma looked like a smelting factory worker, his body was also wearing work clothes.

“It’s you?” Yomokawa Ayame was surprised.

“Aren’t you that person in the iron smelting factory helping to repair the Steam Gun of Ayame-sama this morning?” Araka Kibito expression was similarly surprised.

But Konochi Kurusu had simply lifted the Steam Gun in his hand, pointing at that youth named Ikoma, coldly asking.

The atmosphere in the area all of a sudden became tight. Ikoma looked at Konochi Kurusu pointing his gun, clenching his teeth saying: “Hadn’t I said it before? Your guns are pointing to the wrong enemy!”

Konochi Kurusu did not respond, his finger pressing on the trigger, his look turning cruel. The sudden development caused the crowd blur to the developments, shocked.

Only Fang Li, from when Ikoma entered the stage to now, had not moved his eyesight from the opposite party’s body again.

Looking at his somewhat strange skin colour, his expression actually filled with stubbornness, Fang Li whispered in his heart.

( Did he enter the stage? The original plot’s main character...)

This youth named Ikoma was precisely the original plot’s main character. Working in the iron and smelting production sector of Aragane Station an ordinary iron forger. Meanwhile, in his innermost feelings, he had a strong sense of justice, hoping to overthrow all Kabane as well as being a warm-blooded youth hoping someday he can be held in high esteem by the people.

This sounds as if this youth was just an ordinary labourer who had a dream, nothing really special.

However, Fang Li actually knows that Ikoma had two unique aspects. One is that grotesque weapon in Ikoma’s hand. This is Ikoma’s weapon, Tsuranuki Zutsu used to overthrow Kabane, developed with his friend.

This weapon can shoot special bullets named Jet Bullets. Combining high-pressure steam injected into a cartridge of gunpowder to make a jet black needle-shaped projectile. Able to pierce a Kabane’s heart easily and developed purely to overthrow Kabane. The weapon in Ikoma’s hand was precisely such an existence.

But the second unique element is Ikoma’s present body. This was the same thing that the person in Fang Li’s bosom had, allowing a young girl to easily strike to kill these undead monsters.

TL Note: The description the author provided of the Tsuranuki Zutsu is inaccurate and vague, I have therefore changed it to a more suitable one. 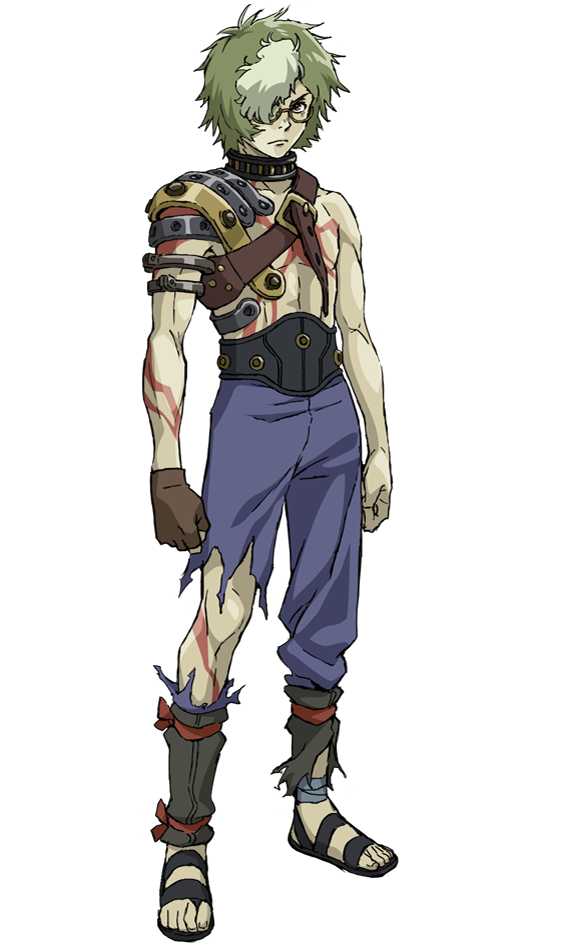 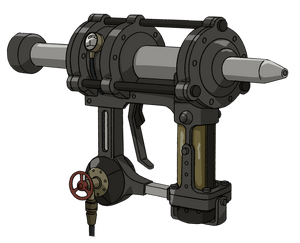 This chapter upload first at NovelBin.Com

Prev Chapter Next Chapter
Tip: You can use left, right, A and D keyboard keys to browse between chapters.